Charles Sobhraj Viral news: Serial killer Sobhraj Charles (78), popularly known as Bikini Killer, was released from jail following the order of the Supreme Court of Nepal. After Sobhraj was released after 19 years, he took a plane to return to France. But when a 70s serial killer boards the plane, what does the female passenger sitting next door think? This thing has come to the fore through a viral photo.

After his release from the Kathmandu Central Jail, immigration officials were tasked with completing the process of handing over Sobhraj’s travel documents. After that PTI informed that Sobhraj traveled to Paris by Qatar Airways flight (QR647).

The photo of the seat where Sobhraj was sitting in the plane going to France has gone viral on the internet. Because the gesture of the woman sitting on the seat next to Sobhraj says a lot. After sitting on the side of Sobhraj, the female passenger gave a wonderful reaction and made the photo viral. Users have made memes on this photo and this photo is being discussed everywhere on the internet.

French ‘serial killer’ Charles Sobhraj, serving life sentence in Nepal, was deported to France from Kathmandu airport after his release from jail. Sobhraj, 78, was released from jail on Thursday. After his release from the Central Jail, his travel documents were processed by the immigration authorities. After the release, the Supreme Court ordered Sobhraj to be sent home. The authorities quickly completed the process by ordering their deportation within two days of their release on Friday. 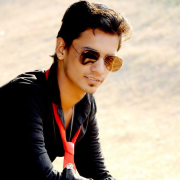 MP WEATHER: There will be a big change in the weather of MP after 48 hours, fog alert with cold wave in many districts